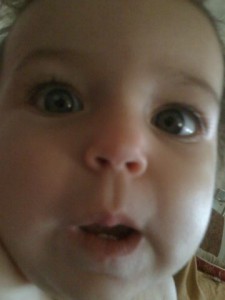 The Crybaby President Obama came into his Presidency with the promise  of Hope and Change to his constituency,  and to all  he claimed his administration would be the most transparent Presidency in the history of this great country.  Independents and many Republicans believed in his promise of hope and change. He hit the ground running as he pushed hard for the trillion dollar stimulus bill to save the economy and create millions of jobs.  To date the ones that have been created are government union jobs and the private sector is fledgling like a sick dog.  Next the Crybaby President rescued GM,  AIG,  Chrysler, many  banks and financial institutions.  Obama  bailed them out with hundreds of billions dollars of taxpayer money. With that the Federal government owns a piece of them.   Obama next threw the health care bill on the people as they screamed out loud that they were opposed to the bill.  Obama did not listen as Nancy Pelosi and Harry Reid made many shady back door deals in the dead of the night to get the needed votes for the bill.  Employment continued to be stagnant as nothing was done to truly stimulate the economy. Obama backed  and stumped for two failed  Governor’s races and one failed Senate race in the east. The terrorist are embolden as record number of failed attacks have happened on Obamas watch. His failed attempt to prosecute SKM in the New York City Federal courts is another lose for him.   Still no private sector jobs have been create as he ask for another 200 billion for a second jobs bill.  Record flooding wrecked havoc in Memphis Tennessee as well as the BP oil spill off the coast of Louisiana. He stands back watches and does nothing that a leader should do,  until the voices and criticism get to loud.  The President never did go to Memphis and took nearly 40 days to go to the coast.  President Obama has time for 27 White House concerts with the likes of ex Beetle Paul McCartney and  has played more golf in his first 15 months of office than George Bush played in 8 years. He acts always in response from the public and the media. Obama seams bothered, aloof and uncaring as if he does not know how to act.  This all seams like a distraction from his agenda.  Obama does  what no sane politician would do.  Past Presidents quickly go to disasters and talk to the leaders of the state and send aid.  President Obama said I talk to experts “So I know whose ass to kick”.  Crybaby  President  mocks and makes fun of anyone that does not agree with him. He can not handle criticism.  Obama blames others for all his misshapes.  He is the original Crybaby. He owns the oil spill as his lack of action allowed the oil to flow into the marshes. Governor Jidel hands were tied as the Federal Government floundered with indecision and no direction.  His ratings among Hispanics has fallen to 61%.  Obama knows he is a one term President with the tide rising against him. This is not stopping him from pushing his socialist agenda. Some fear they may stage a false flag incident to declare Marshall law. This does leave you thinking that why would they sacrifice congress and his administration to have all their programs rolled back after they lose the congress.  Socialist never go out easily and nether will Obama and his gang.