Here we go again, March 29, 2010, another wake-up call by our self-proclaimed enemy… this time the innocent victims were brutally murdered by Muslims 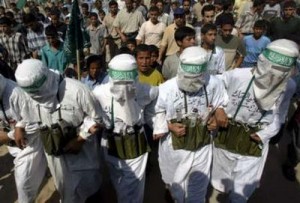 recently on the subway system in Moscow, Russia.

Where will our next wake-up call take place? Your hometown? Perhaps the next victims will be your loved ones.  History tells us that these disturbing headlines will soon fade from our collective memory and we will go back to sleep – until the next wake-up call jars us to consciousness. But we never wake up for long, and we will stick our heads back into the sand again like an ostrich thinking that we are safe, but we are not safe… our enemy continues to wage relentless jihad against the kafirs (non-Muslims) around the world at all levels and on all fronts, probing our defenses for weaknesses to exploit.

It is clear from their actions that our elected representatives in Washington are apologists for the enemy. Washington calls the enemy “terrorism.” They call it “The War on Terror.” The enemy is not “terrorism,” terrorism is a technique, one cannot wage war against a technique, we must wage war against an enemy, the enemy must be named, but Washington is afraid to name it. In this way we have already conceded defeat, we have already capitulated against the enemy. This inability to name the enemy is an example of a condition known as “dhimmitude,” the mind of the dhimmi, and is on display in Washington today. A dhimmi is a kafir who defers to Islam, an apologist for Islam. In this case, it is a manifestation of those who have allowed themselves to be subjugated by the enemy, and taken prisoner emotionally, e.g. Washington is not doing enough to prevent the Islamic Republic of Iran from becoming a nuclear state. President Obama, it has been said, has even resigned himself to the existence of a nuclear Iran. The Obama administration continues to undermine our longtime alliance with Israel, who is being threatened with total annihilation on all sides by the enemy, at a time when she needs us the most! Even the administration’s term “War on Terror” is an act of dhimmitude because we are afraid to name the enemy.

What and who is the enemy? The enemy is political Islam, and it has an army of over 1.5 billion foot soldiers around the world who are compelled by the 6th pillar of their ideology, jihad, to wage continuous and relentless jihad against the kafirs wherever they may find them. Political Islam is the politcal component of the Islamic ideology, from which all jihad is waged, and is not to be confused with its religious component. The religious component of Islam is not necessarily a threat to kafirs, it is internal to Muslims, and as such does not really concern us. 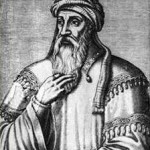 The sad truth is that we, as a nation, are afraid to come to grips with the enemy, a dangerous and bloodthirsty totalitarian ideology that has been waging this same jihad against the kafirs around the world for over 1400 years. The stated overarching goal of political Islam is total world domination under one caliphate of Islamic nations. The average American does not know anything about Islam and is completely ignorant of the threat that it poses to our nation.

What could happen in the USA if we do not recognize and defeat the threat of political Islam? Political Islam’s stated goal is to turn the USA into the Islamic Republic of the United States, our Constitution and Declaration of Independence replaced by Sharia law (Islamic law), the Islamic crescent superimposed over our Stars and Stripes, our freedoms gone, and your friendly so-called “moderate” Muslim neighbors, co-workers, and politicians controlling all American kafirs under their Sharia laws. We will have allowed ourselves to become a nation of dhimmis subjugated and treated as second class citizens and worse. The USA as we know it today could cease to exist. Does this seem improbable? Political Islam has implemented a 1000 – Year Plan (Not unlike the dreams of a Nazi 1000 – Year Reich envisioned by Adolf Hitler in Germany during WWII) for total world domination. It may not happen in America today, or tomorrow, but what will we look like in 20-30 years if political Islam has its way?  What kind of world will your children grow up in? They will have only heard of the “American Dream,” as something that once was.

Look at what political Islam is doing to Europe today – waging jihad at all levels of society. In an example of dhimmitude by the UK, Sharia law courts have been implemented to appease their demanding Muslim immigrants; this is partially because of the threat of jihad, mass violence and destruction by these Muslims. The government of the Netherlands, in an act of dhimmitude, has placed Geert Wilders, the leader of the Dutch Freedom Party (PVV), on trial in the Netherlands for telling the truth about the Koran in his 2008 film FITNA. Freedom of speech may be on trial in the Netherlands, but it has implications for the rest of the free world as well. Support Geert Wilders! Remember the Mohammed cartoon riots, deaths, and 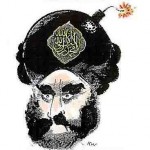 destruction by Muslims in response to published cartoons of Mohammad? In acts of dhimmitude, mainstream media around the world chose not to print the cartoons out of fear of jihad. Muslims are waging jihad against us by way of increased immigration and higher birthrates into Western democratic countries around the world, and the list goes on and on – this will be our future, and worse, unless we as a nation summon the intestinal fortitude to declare war against political Islam in all its manifestations at all levels everywhere around the world. Let me make it clear, that I am not advocating or even suggesting that we go to war against the religion of Islam; rather, against political Islam. The USA cannot go it alone; all non-Muslim nations must become allied in a common cause in this struggle for our survival.

The USA has been, and continues to be, infiltrated by political Islam and it has been worming its way into the very fabric of our democracy at federal, state, and local levels for decades using it’s concepts of sacred deceit, dualism, and jihad to fool us into believing that it is “peaceful” and wants to co-exist with us in a politically-correct and multi-culturally sensitive world; using our democratic systems and our ignorance of its ideology and stated goals against us, with bad intentions. Muslims are continuing to immigrate to our country and have been making their demands… again, this is a form or jihad that political Islam is waging against us on a daily basis. Here is another example of jihad, our entire education system, all the way up to our best universities, has already been subjugated; the textbooks and professorships have all been approved by and are being controlled and funded by Saudi Arabia. Our students are only being taught the “nice sugar-coated” version of Islamic history, not the horrible truth. There are Islamic organizations right here in the USA, just to name a few, such as the Council on American Islamic Relations (CAIR) and the Muslim Students Association (MSA) that are working tirelessly every day to advance Islam and undermine our nation. Our education system only teaches the “warm and fuzzy” Saudi approved propaganda about how wonderful Mohammed was, the Golden Age of Islam in Spain, and how Islam is a religion of peace. 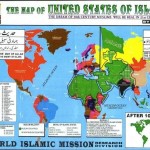 However, the true 1400 year history of political Islam paints another story, a darker story, a story of the total rape, pillage, plunder, destruction, enslavement, subjugation, and annihilation, by way of relentless jihad, against all native cultures (non-Muslims) who do not agree that Mohammed is the prophet of Allah. According to political Islam, peace will come only after all kafirs have been subjugated.

Even the horrific jihad attacks against us on 9/11, our biggest wake-up call yet, were not enough for us to finally identify the enemy as political Islam. Shortly after the 9/11 attacks America swore “NEVER AGAIN!” Unfortunately, this turned out to be a platitude… because we have forgotten. We were confused then about who the enemy really was, and we are still confused, in fear, afraid to identify it as political Islam. The USA has a short memory, and so we will continue to believe that political Islam is peaceful, we will continue to believe that it can be reasoned with and appeased, that it wants to live with us in harmony – little by little, we will continue to concede to their demands, to believe their deceit, and to let ourselves be fooled. We will once again stick our heads back in the sand like the ostrich… and if our past behavior is any indication we will go right back to sleep thinking that we are safe, that everything is going to be okay, until our next wake-up call.