There are hard times in this country for millions of people.  Lost jobs, foreclosed homes, bankruptcy’s.  Many family’s are broken over this financial mess that has besieged this country.  Unemployment is climbing  back up  and no jobs are being created. Many have exhausted their unemployment benefits with no source of income.  Here is a man  named Andy that I met  who looks at life with a positive out look.  He is a man of little means. 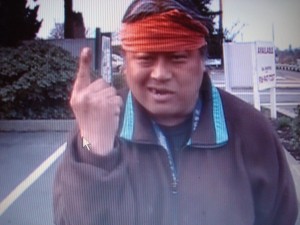 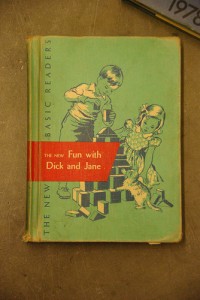 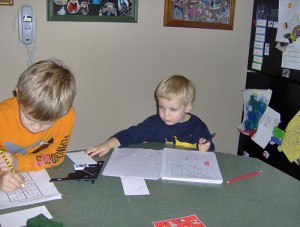 Do you find yourself shaking your head as you hear news anchors and pundits make vicious jabs about Sarah Palin? This woman has been very successful in career and family.  She started her political life as a mayor of a small town in Alaska and went on to defeat an incumbent Republican Governor of the same state running against the establishment. John McCain picked her as his running mate and she was the bright spot in his failed run for President.

“I know nothing but woman and her disfranchised.”

Sarah Palin’s family consist of her husband Todd and four children, the youngest being Trig who has Down syndrome. Sarah and her husband new that Trig had Down syndrome and went thought with the birth,   this infuriates some on the left as it goes against their view of children as commodities to keep or toss away at a whim.

Recently Sarah spoke at the first Tea party convention and awed the audience with her common sense approach to what is the role of Government.  She is going against the current administrations theory that the Government should control all aspects of your life. She spoke from notes on the podium and not a teleprompter.  After her speech she was interviewed and had crib notes on her hand on three subjects.

The CSNBC crew and the ladies from the T V show the View went nuts over this as if only a moron would do this.  Joy Behar and Eve Ensler recently questioned her intelligence.  Just listen to Joy and Eve talk and you get the point. The President had to use a teleprompter last week to talk to a group of 20 children in their classroom.  Sarah so threatens the President that Obama’s press secretary had to make fun of her at his latest press conference and had crib notes written on his hand.  Of all people to make fun of someone, Robert Gibbs has made a fool of himself on a continual basis. Just listen to his press conferences.

Where are the woman’s groups to defend the attacks on this woman as David Letterman is obsessed with defiling her with his mean spirited jokes.  David Letterman should be at odds with woman groups as he was sleeping with his subordinates whom will soon be in the news as the trail of his alleged black mailer will be exposed. I think Letterman has a problem with woman that he can’t control or dominate.

The silence of the NOW group exposes them for who they aren’t. They have their own selfish agenda and it is not defending women.

The attacks on Sarah Palin are an attack on all you decent upstanding women in this country, who love God, country and family.

You can ask people what they don’t like about Governor Palin.  They do not have an answer or it is a staple response they heard from one of her critics.  Her critics say she does not have enough experience?  All her experience has been  on the executive level.

Sarah Palin was in charge of the Alaska National Guard; she was the mayor of  Wasilla Alaska and last was the Governor of the energy rich state of Alaska.  She excelled all three positions.  President  Obama has no experience at running anything short of his  teleprompter messages and we can see were that has lead this country.

They are attacking your common sense, your right to have a husband and children.  Your right as a woman to be outspoken, intelligent and beautiful.  You’re right to hold a high position in politics.

Please people, you must come to terms that this is not just about Sarah Palin, it is an attack on the values and foundations that this country was built on.  Attacking Sarah Palin is tearing down what this country stands for, Freedom for a woman to work hard and be successful, your faithful marriage, to love and cherish your children even if they are not perfect, as none of us are and to have inner strength to persevere through all the malice things the malcontents throw at you.

Please if have not heard Sarah Palin’s message put away the negativity of the malcontents and open an ear and listen as it is a positive one of hope , faith and Love.

Remember the old line that Wimpy from the Popeye cartoon series would say to get a plate of hamburgers. I will gladly pay you Tuesday for a hamburger today.

Hello you all, this is what the President and Congress in Washington are doing, the old Wimpy wink of the eye hamburger shuffle with your money.

Congress has just passed the bill to raise the debt ceiling by 1.9 trillion for this year.  Some are saying that may last only through this month of February as Congress eats more hamburgers than it can afford.  This will put an additional $6,000.00 debt owed by every individual living in the United States.

President Obama introduced the budget for 2011 at a record smashing 3.8 trillion dollars. Wow!  These numbers are mind boggling.  That will buy you a lot of burgers Wimpy.

From the Wall Street Journal most economists agree the country’s public debt burden now at $7.75 trillion and growing poses a threat to economic security. Interest payments devour nearly one tenth of Federal revenues and are projected to more than triple over the next ten years. The spending for Medicare and social security consume an additional 57%. The Obama administration projects that these programs plus interest will absorb 80% of all federal revenues by 2020.  Ouch! That hurts Popeye.

The spending is out of control as thousands of earmarks are added to each bill that passed through congress.  There is no fiscal responsibility as each senator and congressman fights to bring more hamburgers home to his own state.

As of now the debt on every persons head in this country is $40,000.00 raked up by our elected officials in Washington.  A quote from Senator Conrad, Democrat Senator from N. Dakota, Everyone in Washington wants to be for every tax cut and every spending increase.  Senator Conrad, Popeye doesn’t see any tax cuts, just spending increases.  Where is this money going? We don’t see any jobs being created. The only sector that has an increase in jobs is the Government.   Government unemployment is around 3%. This is what you don’t need as they consume massive amount of cash and produce nothing.  No jobs are created for the private sector.  Fewer private sector jobs will reduce the revenue influx to pay for the government jobs. They will raise your taxes to keep this monster fed with plenty of hamburgers.

Obama’s fix is to raise taxes on people who make over $250,000.00.  Mr. President, $250,000.00 is not what it used to be.  Especially if you live in California or New York.  He wants to raise their income tax by 3% and capital gains by 5%. He also wants to stop subsidies for oil companies.  People; this is just the bait and switch tactic. You can take all their money and it will not pay off the debt. Congress needs to stop spending, stop spending.  I will say it real slooow, Stop spending Congress.  Slash the excessive government jobs.  Stop earmarks on bills. Cut all the wasteful programs which could save billions and billions of our hard earned money.

The remedy is to cut income taxes and capital gains taxes.  It works every time.  Does Ronald Reagan ring a bell?  This is what he did after the disaster that Jimmy Carter left You with.  This tactic led to the longest non war time recovery in history.  If you are old enough to remember those times, they were good.  I bet you ate a lot of hamburgers.  JFK did it twenty one years earlier as well with the same results.

Suck it up Wimpy. 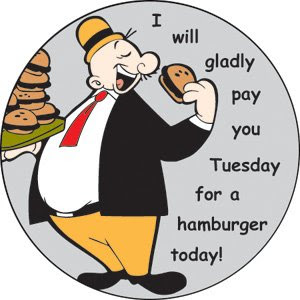